So, here I am entering the world of blogging!

One of my favorite, and unexpected, parts of researching my ancestry has been all of the cousins and other family members I have met in the process. It's remarkable how many kind, generous and interesting people I have met over the years. I often wish my Grandmother, Milly (Mildred (Booth) Rollins), was alive so I could tell her all these amazing finds! She's the reason I got started in genealogical research in the first place and loved hearing about the good stuff as well as about the skeletons I was pulling out of closets. I hope to fill this blog with stories and new discoveries I wish I could tell her about, but perhaps she knows about them now. 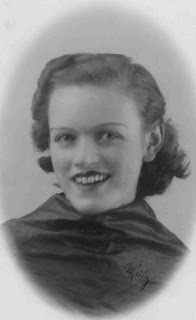 Mildred Louise (Booth) Davis Rollins
b. 1917, W. Dennis, MA; d. 1999, Onset, MA
I recently had a line to Francis Cooke approved by the Mayflower Society. How Milly would have loved hearing about that. I've already had a line to William Brewster approved on her side of the family, but this one was through my Grandfather (also a Brewster descendant--little did both of them know that they were distant cousins!). 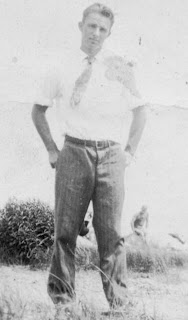 Arthur Washburn Davis b. Plymouth, MA 1913 d. Wareham, MA 1976
The line was difficult to prove because of  one generation, my Grandfather Arthur (Art), who used three surnames in his life--Washburn, Ellis and Davis. Even though I was a founding member of the Francis Cooke Society (www.franciscookesociety.org), I kept dragging my feet on submitting my application because of my Grandfather's confusing paper trail.

I never knew my Grandfather, although he died living in the same town I spent many summers at since my Grandmother lived there with her second husband, Alfred Rollins, whom I considered my "real" grandfather. Everything I heard about Art made him out to be a scoundrel, but I would've liked to have learned that for myself. In researching his life, I realized he had a lot to overcome, and I became a bit sympathetic to the man who walked away from his young family, hardly ever seeing his son who was eventually adopted by another man. I'll tell Art's story another time! Here is my line from Francis Cooke.

There are a lot of interesting people in this line and I'll spend some time talking about them in subsequent posts.
Posted by Chris at 12:50 PM