Daniel Bryant was baptized at the Second Church of Scituate, Massachusetts on 5 Feb 1659/60, the son of John and Elizabeth (Wetherell) Bryant. His last name is sometimes spelled Briant. He is my 8th great-grandfather on my grandfather Arthur Washburn Davis’ side of the family. I haven't found a great deal of information on Daniel, so this sketch is a work in progress.

Daniel married Dorothy, whose maiden name is not known, by 1688. They had six children born Scituate:

I don’t have proof, but I believe it is their daughter Dorothy who married Nathan Nye of Sandwich, Mass. and is my 7th great grandmother.

On 20 April 1692, Daniel Bryant of Scituate, planter, for five pounds, sold to Peter Collamer one half of a Great Lott of upland in Scituate near a place called Grassy Plain that had been granted to his father John Bryant. John had bequeathed half of the lot to Daniel and the other half to his brother John, totaling 57 acres. He signed the deed with his mark.

The 17 June 1692 will of Richard Dwelley of Scituate mentions Daniel Bryant on a long list of people owing a debt to the estate.

At Scituate on 11 May 1697 Daniel Bryant was allowed for his one white horse to be allowed on common, unfenced lands. In 1701, he was allowed a dark bay horse to do the same.

On 29 June 1697 Daniel Bryant sold his division of swamplands to his brother John Bryant.

I have not found death or probate information for Daniel or Dorothy. I’ve read other people having Daniel’s death as 1688 in Scituate and 1692 in Yarmouth, but but he is mentioned in the above 1701 record at Scituate. 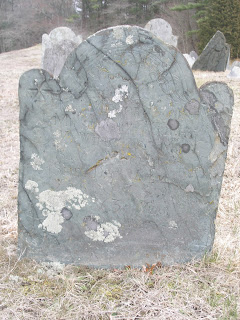 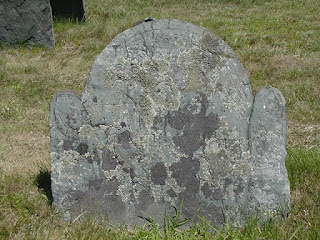 Eleazer Jackson was born October 1669 at Sandwich, Massachusetts, the son of Abraham Jackson and Remember Morton. His first name is spelled in a variety of ways including Eliazer.

On 29 Jan 1690/91, Eleazer married Hannah Ransom at Plymouth. Hannah was born ca 1671, the daughter of Robert Ransom. Martin Hollick identifies her mother as Abigail, maiden name unknown (see Sources). They are my 8th great-grandparents on my grandfather Arthur Washburn Davis’ side of the family.

Eleazer and Hannah had a huge family with the births of 14 children recorded in Plymouth:

I descend from Deborah who married Joshua Brewster, a descendant of William Brewster of the Mayflower. I wrote about that couple here.

On 10 August 1733, Richard Dwelling of Scituate, Mason, purchased 37 acres at Lakenham in Plimpton from Eleazer Jackson. This deed also included one acre of meadow.

In his will, dated 26 June 1736, and proved 24 Sept 1736, Eleazer Jackson of Plympton named his wife Hannah, three sons Ransom, Benjamin and Ephraim, who were to have his real estate in Plympton and Plymouth after the death of his wife; and his daughters Joanna Harlow, Hannah Pomeroy, Mary Cushman, Abigail Chandler, Deborah Brewster, Content Weston, and the children of deceased daughter Susanne. (Plymouth Co Probate file 11186; 7:226)

Eleazer died 14 July 1736 at Plympton, now Carver, is buried Lakenham Cemetery, North Carver. He is called Lieutenant on his stone which is in very poor condition. I have yet to do research to find if Eleazer’s service went beyond being a Lieutenant in the local militia and whether he was involved in any of the Colonial Wars.

Hannah married, as his third wife, George Barrows on 20 December 1736 at Plympton, Massachusetts.

Hannah died at Plympton 30 March 1758, at the remarkable age of 87.  She died just seven days after her second husband George. She is buried at North Carver’s Lakenham Cemetery.