Joseph married Sarah Brewster on 8 November 1748 at Duxbury. Sarah was born 11 February 1727 at Duxbury, the daughter of Joshua and Deborah (Jackson) Brewster. I wrote about her parents here. Sarah is a direct descendant of Mayflower passenger William Brewster. Joseph is a direct descendant of Mayflower passengers Francis Cooke and George Soule. Joseph and Sarah are my 6th great-grandparents on my grandfather Arthur Washburn Davis’ side of the family.

Thomas, who died before 1788 as he isn’t named in his father’s will

I descend from Deborah and Nathaniel Churchill.

In his 2 July 1760 will, Isaac Wright left his son Joseph half of his dwelling house and other real estate. On 20 December 1760 Joshua Brewster, Sarah’s father, deeded to Joseph Wright and Joshua Brewster equal portions on behalf of their respective sons “the full one ninth part of all the iron ore…on a certain lot of land butting on Crane Brook, situate lying in the town of Plympton exclusive of the fee of said lot containing by estimation about seventy five acres…purchased of Abigail Robins…14 Feb 1739.”

There was a Joseph Wright from the area who served in the Colonial wars, but I’m not sure if it is this Joseph. In 1742 he was on the list of men in full communion of the First Church, Plymouth.

Joseph’s will is dated 27 Feb 1788, proved 4 September 1804, he’s a yeoman of Plymouth, gives his wife Sarah Wright one-third of his estate. He left three pounds each to oldest daughter Deborah Churchill of Plympton, daughter Susanna Rickard wife of Abner, daughter Mary Sampson wife of Sylvanus. He left rest of estate to son Joshua, including his land at Plymouth, Plympton, Middleborough, Duxbury, provided son Joseph shall never return “whom I am apprehensive is not living.” Sarah and Joshua were named executors.

Joseph and Sarah had very long lives for the time they lived in: Joseph died at Plymouth on 24 August 1804 at the age of 83; Sarah died at 84 years of age, Plymouth, 15 January 1812.  Their deaths are recorded in the First Church records, Plymouth.

Sarah and Joseph are buried at South Pond Cemetery in Plymouth. I’ve visited this cemetery and couldn’t find their stones but have since learned they are difficult to read. The cemetery is off the beaten path, accessible by dirt road and near a cranberry bog, and includes unmarked graves of Native Americans who died of smallpox. Their son Joshua Wright is buried there also with his wife. The Wright homestead must have been nearby, but I have not investigated this yet. 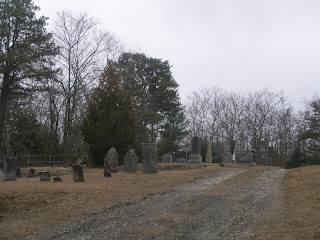 Transcriptions of their stones from usgwarchives.net:

To the memory of

(NOTE:  The actual engraved surnames on this stone both appear as " WRight". 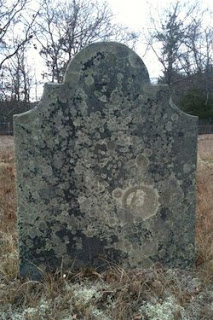 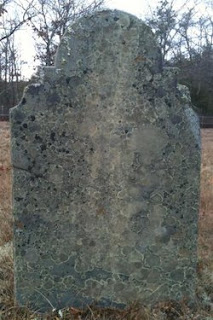 Joshua Brewster (William 3, Love 2, William 1 Brewster) was born ca 1698 at Duxbury, Plymouth County, Massachusetts, the son of William and Lydia (Partridge) Brewster and the great-grandson of Mayflower passenger William Brewster. I’ve also blogged about these earlier Brewster ancestors, which you can find by using the search function. Joshua and Deborah are my 7th great-grandparents on my grandfather Arthur Washburn Davis’ side of the family.

On 13 March 1721/22 Joshua married Deborah Jackson at Plympton, Massachusetts. Deborah was born 11 March 1703/04 at Plymouth, the daughter of Eleazer and Hannah (Ransom) Jackson.

Deborah and Joshua had four children whose births are recorded in Duxbury:

I descend from Sarah who married Joseph Wright.

Joshua’s Duxbury land was not far from what is now Kingstown Way and close to the Kingston border, a distance from the original Duxbury homestead of his forebears.

In May 1720, William Brewster Senior, husbandman of Duxbury deeded for goodwill and affection unto his dutiful sons Joseph and Joshua Brewster, both of Duxbury, Yeoman, his farmland, both upland and meadow where he dwells. He sold them an additional 8 acres in March 1720/21. (PC Deeds, 15:60, 192)

In 1739 the town of Duxbury paid Joshua Brewster 26 pounds 15 shillings for entertainment of two councils for the dismissal of the minister Mr. Robinson.

In 1748 Joshua and Joseph Brewster were listed with one right in the second division of common lands belonging to Duxbury and Pembroke.

On 13 Dec 1753 Joshua Brewster of Duxbury sold to (his sons) Nathan and Job Brewster, coasters of Duxbury, all his lands, housings, buildings in Duxbury with all moveables or personal estate as well as pasture. (Plymouth Co. Deeds, 42:173)

Joshua deeded, on 20 December 1760 to Joshua Brewster and Joseph Wright (his son-in-law) of Plympton equal portions on behalf of their respective sons “the full one ninth part of all the iron ore…on a certain lot of land butting on Crane Brook, situate lying in the town of Plympton exclusive of the fee of said lot containing by estimation about seventy five acres…”  (Plymouth Co. Deeds, 49:6) I haven’t researched who this Joshua Brewster is…perhaps a grandson?

lymouth Colony Court Records, 1686-1859, has several cases involving Joshua Brewster, Duxbury Yeoman. He served on juries for the Court of Common Pleas a few time, he bought a physick student to court, he bought a case concerning the Cooke Forge, and one against Samuel Barrows for trespass. I think the most interesting one is when Judge of Probate John Cushing, attached Joshua Brewster, Duxborough Yeoman, debt on bond dated 12 August 1741 for a 400 pound demand. Defendant pleaded "he ought not to be held to pay the within Debt because Principall Ransom Jackson died worth nothing and that he himself was poor, and unable to pay the same." Court ruled defendant to account with Cushing within one month or pay 400 pounds and 36 shillings, 3 pence costs; Joshua to appeal. It’s of note that Joshua states he was poor and also that Ransom was his brother-in-law.

Deborah (Jackson) Brewster was 65 when she died 1 September 1769 at Duxbury.

Joshua died 27 March 1776 at Duxbury, at about 78 years of age. No probate records are found for Joshua, but that would make sense since he had already deeded his land to family. No gravestone for Joshua or Deborah survive in Duxbury.

Side note: If you have ancestors from Duxbury, the Duxbury Rural & Historical Society is a wonderful resource. Even if you can’t visit because of distance or the pandemic, they have interesting online content at: https://duxburyhistory.org/.