I was so thrilled to see the 1707 Plympton, Massachusetts home of my 9th great-grandparents Luke and Ruth (Conant) Perkins as the subject of the HGTV show “Houses with History.” I did not even know their house was still standing! The television show follows the work of preservationists Mike Lemieux, Rich Soares and Jen MacDonald. Lemieux and MacDonald own Full Circle Homes and a shop in Plympton called Mayflower Mercantile. They really did a remarkable job restoring this beautiful old Cape Cod style center chimney home. Thank goodness for people like this who save historic homes from the wrecking ball.

I took a drive by the property and it’s just gorgeous. It’s located on Crescent Street in Plympton, a winding country road. It’s amazing that the area remains rural and other than a newer (but still antique) home next door, the paved road, and the utility wires, Luke and Martha could return today and recognize it immediately. Behind the house is a cranberry bog and across the street is a field. There are stone walls and plentiful trees. It is an absolutely idyllic setting.  Before moving to Plympton, Luke moved a few times, probably to find better paying blacksmith jobs since men with his skill were in huge demand. But after moving to Plympton they stayed put. Driving down that beautiful street, I can see why!

The town of Plympton granted Luke Perkins an 18 acre parcel of land at Rocky Run when he agreed to be the town’s blacksmith. Luke and Martha relocated to Plympton from Ipswich on the North Shore, built their home there and stayed until they passed away in their 80s. (I thought they settled in Plympton about 1714, but on the show they say the house was built by Luke in 1707).  According to the show, the home was in just two families until it was purchased by Full Circle Homes. The sellers live on a farm next door, and I believe they own the majority of the 20 acres and they also have blacksmithing items recovered from the property. 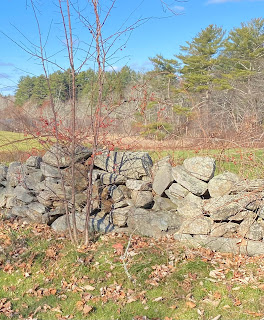 Luke Perkins was born in Charlestown, Massachusetts (a Boston neighborhood) in 1667, the son of Luke and Hannah (Long) Perkins. In 1668 Luke married Martha Conant at Salem, Essex, Massachusetts. Martha was the granddaughter of Roger Conant, the founder of Salem (there’s even a statue of him there). 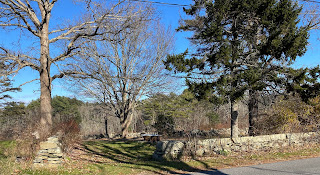 Luke and Martha had seven children, including a son Luke from whom I descend. Luke died at Plympton in 1748 at age 81 and Martha in 1754 at age 89. They are buried at the Old Burial Ground (also called Hillcrest Cemetery) on Main Street in Plympton. If you’d like to learn more about Luke and Martha, see the full sketch I wrote here. . 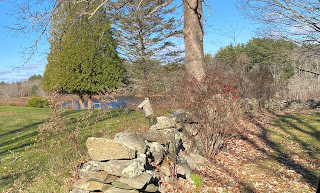 Robert Ransom was born likely in England sometime about 1636 (based on guessing he was mid-20s at the time of his ca 1660 marriage). He was at Plymouth Colony by 1654 where he started his new life in as an indentured servant in Sandwich. He was a member of the Plymouth church and was made a freeman there in 1657, but he had a rebellious streak and appears frequently in court records. His name is sometimes spelled “Ransome” in records. Robert is my 9th great-grandfather on my grandfather Arthur Washburn Ellis Davis’ side of the family.

I have seen another descendant give Robert Ransom as being baptized 6 April 1636 at Ipswich, Suffolk, England, but I haven’t researched this myself. My research is very much a work in progress, so I appreciate hearing from people about any errors or gaps in my research!

In 1654 Robert accused Thomas Dexter, Jr., a Sandwich (on Cape Cod) miller to whom he was apprenticed, of treating him harshly. The court found in favor of Dexter and Robert was reprimanded for stubbornness and committed to the custody of the marshal for a night and a day. Thomas Clark of Plymouth bought out his remaining term of servitude from Dexter on 4 August 1654.

Despite his early rebellious nature, sharp tongue and quick temper, he seemed to evolve into a respected citizen, becoming a prosperous business man and landowner whose children married into some of the early, prominent families. He also served his community in minor roles as a highway surveyor and on a committee to collect money from townspeople to increase the minister’s salary. He is called planter and yeoman in many records, but was also an inn keeper and, based on the three sets of scales and weights and other items listed in his inventory, he bought and sold products beyond alcohol and food such as wood shingles.

Circa 1660 Robert Ransom married a woman often referred to as Susanna or Hannah (mostly by author Wyllys Ransom whose work, according to NEHGS Nexus magazine, vol 5, No. 3 1998, under Queries contains inaccuracies including his wife being Susannah). Robert’s probate records refer to his widow as Abigail, which I consider a good chance of being accurate. Children of Robert and Abigail:

Robert (he is deeded land by his father), m. Anna Waterman

Wyllys Ransom gives them a son Matthew, of Saybrook, CT, who married Hannah Jones, but the above Nexus source states there is no known connection between Matthew and Robert Ransom.

Robert Ransom was involved in many land transactions in his life but unfortunately none of them mention his wife by name. He signed by his mark, indicating he was illiterate although he did own a Bible. See Plymouth Colony Land Records for details. 12 April 1661, Benajah Pratt sold for 10 pounds upland and meadow at Acushenah Coaksett. On 15 October 1661 Samuel Ryder Jr., cooper of Plymouth, deeded to Robert Ransom planter of Plymouth land at Wamonsett Pond in Plymouth near Thomas Clarke's farm, contained 20 acres of upland, also part of Little Meadow and right to the home where he now lives.

On 17 June 1686, Robert Ransom Sr gave by deed of trust which took the place of a will, certain real estate holdings, to Robert Ransom Jr "my beloved son." Deed was acknowledged before a justice of the peace on 22 July 1689. Entered and recorded 15 Dec 1704. Robert signed by his mark "R" and his wife by her mark "H" which could look similar to an “A.”

On 29 September 1696, John Dunham sold to Robert Ransom Sr. of Plymouth, for 14 pounds, 30 acres of upland adjoining the land which said Ransom now lives in the Lakenham village of Plymouth, which bounds the lands of Samuel Waterman (Robert’s son-in-law). Perhaps this late-in-life purchase was to procure more land to leave to his children.

On 3 Oct 1662 at the General Court Mr. John Barnes complained against Robert Ransom in to the damage of 20 pounds for neglecting to give him sufficient security for the payment for a horse that Ransom bought of Barnes. Court ruled Robert Ransom to make over to John Barnes as security until he paid for the horse 15 acres of meadows in the township of Plymouth, three acres of upland and a house thereon at Lakenham in Plymouth, and five or six acres of meadow belonging thereto, and he is to pay the said John Barnes a barrel of tar for court charges within one month.

On 1 March 1663, Robert Ransome was fined 10 shillings by the court upon complaint of AL Wait for his turbulent and clamorous carriage. In the May 1665 court, Robert Ransom of Lakenham was at court for fencing in common land and was ordered to have fence “throwne down.”

On 2 Dec 1665 Robert Ransom was admonished for calling William Hawkins a rogue and insulting him.

Fines recorded in the October 1680 court include 5 pound fine to Robert Ransom for selling rum by retail without order. This must have forced his hand in becoming licensed to sell liquor. He was licensed to sell wine, beer, ale, cider or strong liquors as a Plymouth innholder by the court in 1686, 1687, 1688, 1690, and 1691.

Robert’s tumultuous personality was also present at home. On 29 Oct 1669 Robert Ransom and his wife appeared to answer for their contentious and unworthy carriages each to the other in their walking in marriage condition and on their engagement to live better in that behalf they were for the present cleared and their bonds for their appearance canceled.

Much of Robert’s legal battles seem due to his outspoken nature and perhaps bristling at the prominent role of the Separatists in law making. Later in life he seems to have quieted down, perhaps becoming a respected citizen. He was surveyor of highways, served on a jury of the General Court (where he must have been the juror most familiar with the courts!), was on a committee to receive funds for the increase of the minister's salary, and was prosperous in business affairs. Also, his children married into the most prominent families.

Robert’s death is not recorded in vital records but the date is given in his estate inventory as 14 December 1697. He died intestate and his probate file is PCPR case no. 16575. The inventory of his estate was sworn 22 Dec 1697 and it totaled 136 pounds, 2 shillings, 7 pence, which did not contain all of the real estate he once owned which he conveyed to his children before his death. It does contain land that was John Dunham’s, 24,000 shingles, 200 boards, 2 spinning wheels, a yoke of oxen, 4 cows, 1 mare, 2 small swine, 2 turkeys, farm tools, brass scales and weights, money scales and weights, great scales and weights, 9 barrels of cider, two gallons or rum, empty casks, 8 bushels of Indian corn, about a barrel of beef and pork, three bushels of oats, 9 pounds yarn, a Bible, home furnishings including pewter, brass and iron, sheep’s wool, over 19 pounds in money. Also mentioned is a horse, saddle and arms he gave to his grandson Nehemiah Busse before he died with no value given. There were considerable debts owed to his estate including from his sons Robert and Joshua, Adam Wright for barrels, and an Indian named Sam Clark.

His widow Abigail made oath to the inventory. John Tilson’s 1673 estate inventory mentions Goodwife Ransom (assumed to be Robert’s wife), then Abigail Ransom, aged about 36 years, testified concerning Tilson’s will, which gives further, if somewhat inconclusive, evidence of her name.