I’ve long wanted to visit Aptuxcet Trading Post and finally did so this weekend. It’s always intrigued me as it’s a replica of the Pilgrim’s trading post, believed to be built on the post’s original foundation. The Bourne Historical Society does a wonderful job of keeping the story of this aspect of the Pilgrim’s story alive. 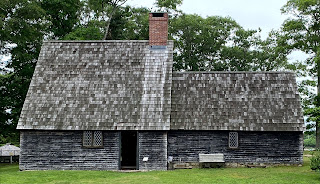 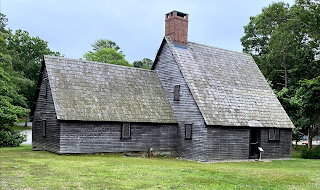 My 11th great-grandfather and Mayflower passenger John Howland (ca 1592-1672) would have been involved at the trading post since he must have gained experience there before 1634 when he was in put in charge of the Pilgrim’s trading post on the Kennebec River (now Augusta, Maine). I hope to learn more about other Pilgrim ancestors who would have been involved at Aptuxcet. I’m guessing my ancestor and Mayflower passenger Isaac Allerton would have had dealings there as he was involved at the trading post in Machias, Maine, a fish station at Marblehead and was a constant wheeler-dealer.

We had an excellent docent, Beth, who gave us such a nice picture of what life was like in the 1620s at the trading post. It is believed that there were typically two men from Plymouth Colony working at the post, sleeping in the upper level, quite possibly indentured servants. She said beer was always on hand for traders to imbibe while they negotiated. The post has one room set up as where the trading, meal preparation, beer brewing and drinking would have occurred and the other room is a tribute to the Wampanoag people. The tool the Native’s used to make wampum from Quahog shells to use as currency is just remarkable.

In addition to the Trading Post building, the property includes the 19th century Gray Gables Railroad Station, which was President Grover Cleveland’s private station used when he visited his vacation home in Bourne, the Joseph Jefferson Windmill built as an art studio for the actor and currently serves as an art gallery, a 19th century saltworks replica, gardens, and schooner replicas. The windmill houses a unique pedal-powered carousel, but it isn't operating because of COVID-19. 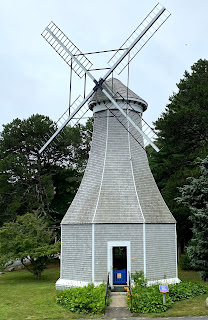 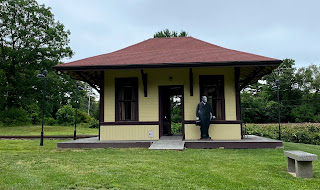 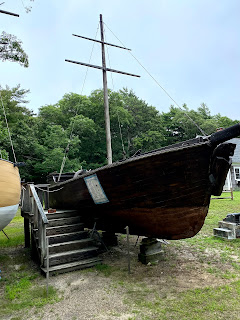 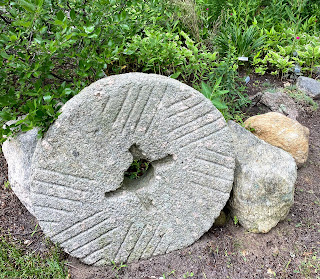 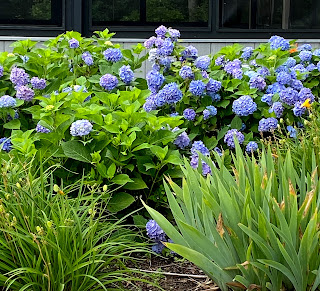 The Pilgrims built the trading post in 1627 on the banks of Manomet River to trade with local Wampanoag people and Dutch traders. The river was gobbled up by the construction of the Cape Cod Canal. There were excavations in 1852 and 1926, and an archaeological dig was done by students in 1995. The items discovered in 1995 include animal bones, turtle shells, and pieces of clay pipes, bits of pottery, and shards of glass from windows, all believed date from 1650 to 1770, so likely include items belonging to Ezra Perry’s family.  Some items found in the excavations were used in building the replica including beams and endearingly imperfect bricks. 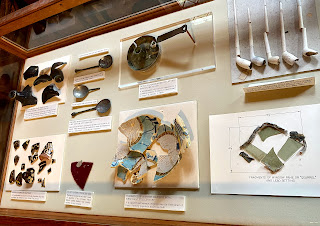 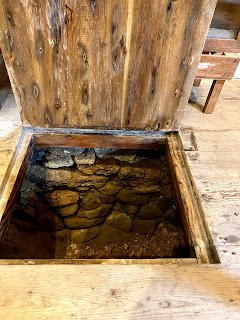 I always get a shiver down my spine when I walk the same path my ancestors would have walked, but when the terrain is so close to what they would have traveled it really gets to me! After visiting this gem of a place, you can walk a few steps to the paved path that travels along the Cape Cod Canal. There’s also a wooded path to a clearing where you can sit on benches and watch the ships travel along the canal. 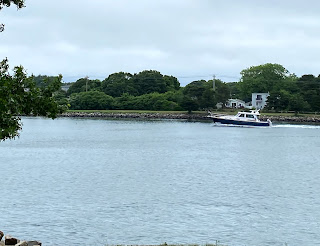 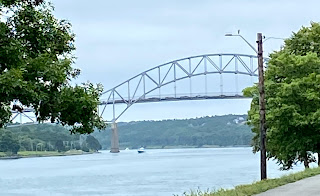 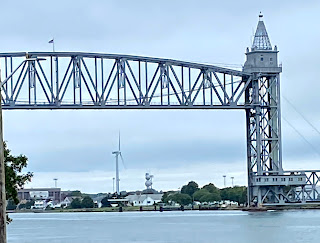 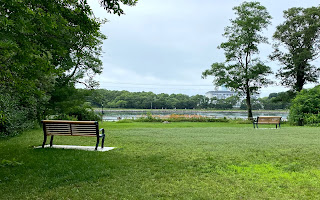 I’m now eager to learn more about the Aptuxcet Trading Post, so if anyone has some good resources I’d appreciate hearing from you! 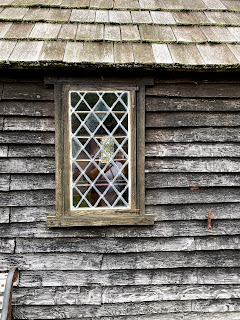 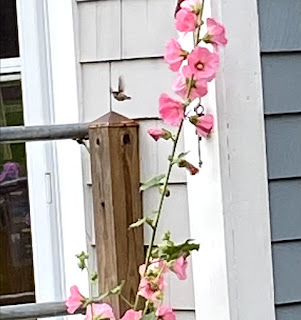