Lucy Nye Pierce is an ancestor I feel very connected to—one of those women of her era who from a distance appears strong and resolute. She married three times, outliving all of her husbands, seems to have fibbed about her age to her one of her younger husbands, buried three very young children and lived to an advance age.  Her first husband, Rowland Bumpus, went not once but twice in search of gold in California.  If he struck gold, maybe the hardship of being left with the children and no income coming in would have been worth it, but I don’t think that was the case. Other than his miner days, Rowland worked at Tremont Nail Factory in Wareham. What made matters worse was that it appears Rowland contracted tuberculosis during or soon after his last adventure and died in 1853 at age 49.  Lucy is my fourth great-grandmother on my grandfather Arthur Washburn Davis’ side of the family.

Lucy was born September 1809 (based on age at death), in Wareham, Plymouth Co., Mass., one of the six children of David and Desire (Nye) Pierce.  I wrote about her parents here.

Lucy married, first, Rowland Bumpus, on 5 September 1825, at Wareham.  He was the son of Jonathan and Martha (Chubbuck) Bumpus.  His last name is sometimes seen as Bumpas. Lucy and Rowland had 10 children. I wrote about the family in another post, but below is a short summary:

I descend from Mary whom I wrote about here.

There is also a Nathan C., age 8, in the 1855 census for Middleborough/W. Bridgewater in what may be a rooming house as mostly single men working as nailors in a factory.

On my long list of things to do is to find the map of the Agawam section of Wareham that shows where Lucy and Rowland lived, listed as belonging Mrs. LN Bumpus, so after Rowland's death.  There is a dark reproduction of the map inside the back cover of the book Glimpses of Early Wareham, and I hope to find a better copy and share it here.

Lucy married, second, Deacon Brownell Tripp, on 21 March 1861, at Acushnet, a town near New Bedford in Bristol Co., Mass. He was a farmer, later a shoemaker, born in Westport, Mass., son of Philip and Meribah Tripp.  It was his third marriage and they were married by Frederick Tripp, minister (MA VR Vol. 144, Page 67).  Brownell had married first, Ruby Allen and, second, Eliza Case (or Chase). Lucy was 51 years of age and Brownell was about 11 years her senior.  He died on 11 July 1874 of a diseased limb.

I would guess Josephine and Almeda were servants or boarders.

1880 Federal census, Westport, Mass.:
1880 census, Westport, Mass, taken 17 June 1880
John Howland 82, retired mariner
Nancy Howland 67, wife house keeping
Lucy M. Tripp, 70, nurse
This is likely Lucy before her July marriage to Josiah Burnham, perhaps nursing a sick person in their home as a way to earn an income and have housing after the death of Brownell.

Lucy married, third, Josiah Burnham at Acushnet on 31 July 1880. Josiah was born about 1811, to Josiah and Abigail Burnham of Essex, Mass. He was a physician and died of senility on 13 December 1895.  Josiah’s first wife was Susan Getchell of Salem. In the 1860 census he and Susan are living in New Bedford. She died at Acushnet in 1878. In the 1880 census he is age 69, a widower, living in Acushnet, near his soon to be son-in-law Nathan C. Bumpus.

Lucy and Josiah lived on Main Street in Acushnet.  Josiah died in 1895 and family has told me he is buried on the property.

She is buried at Tabor Cemetery on Main Street in Acushnet.  She shares a large stone with her son Nathan C. Bumpus and his wife and daughter.  I was in the area last week and took a quick drive through town, stopping to pay my respects to Lucy for the first time. 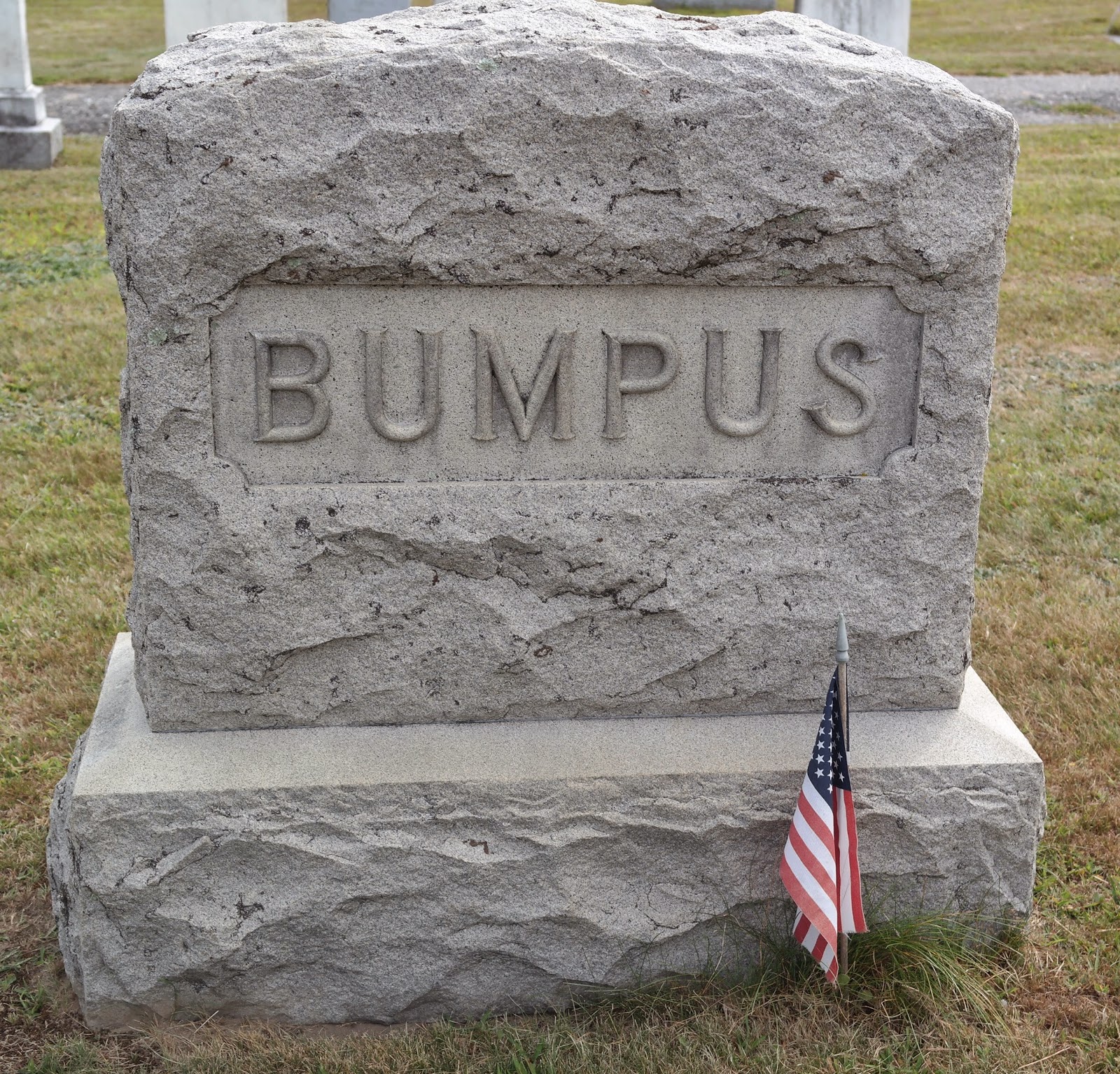 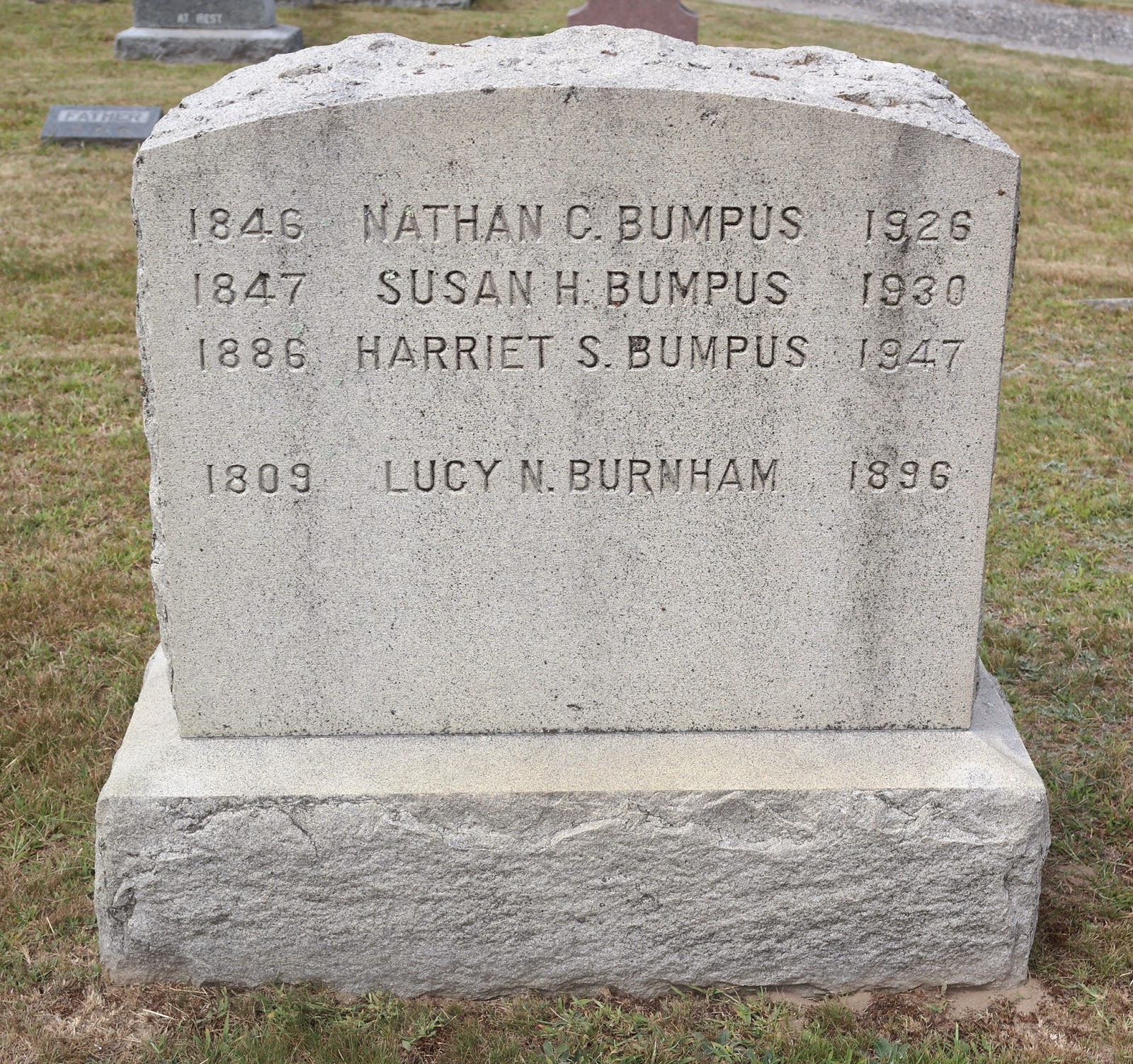 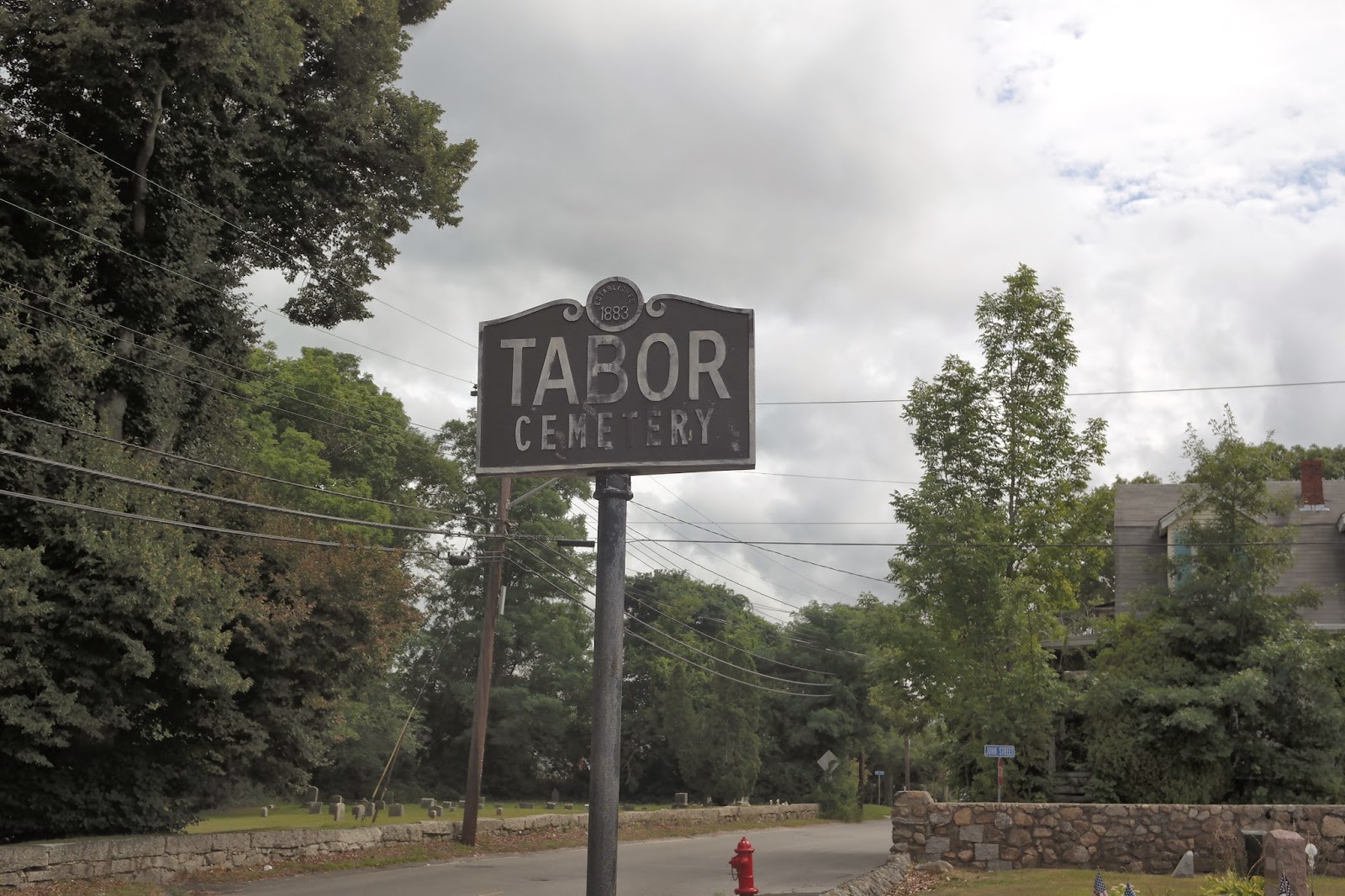 
Samuel Howes was baptized 10 June 1610 at Eastwell, Kent, England, the son of John Howes and Alice (Lloyd?). His last name is often seen as House in records. He is my 11th great-grandfather on my Grandmother Millie (Booth) Rollins’ side of the family.

Samuel likely came over with Rev. Lothrop’s group of Separatists in 1634. Samuel settled at Scituate in 1634/5 near the harbor, southeast of Coleman's Hills, between the lots of Rev. Lothrop and Richard Foxwell.  Samuel went with Rev. Lothrop and others to be among the first white settlers of Barnstable (1639). He later went to Cambridge, eventually returning to Scituate. His family was close with Rev. John Lothrop—Samuel’s sister Hannah was the Reverend’s first wife.

About April 1636 he married Ann Hammond who was born about 1619. I have sometimes seen his wife’s name as Elizabeth Hammond. Ann’s parents were William Hammond and Elizabeth Paine who were married at Lavenham, a village in Suffolk, England and immigrated to Watertown, Massachusetts.

The couple had four children that I know of: Samuel, Elizabeth, Sarah and John.

I descend from Elizabeth who married John Sutton.

Samuel was a shipbuilder by trade. Capt. George Henry Preble’s NEHGR April 1871 article Notes on Early Ship-Building in Massachusetts, states that “At Hobart’s landing [Scituate] vessels were built by Samuel House as early as 1650.”

From a deposition in England (below), it shows that he was in the English Navy as a young man. It also indicates he was an opinionated and brave man to make a negative comment about taxation under oath!

The Rawlinson Manuscript, A-128, in the Bodleian Library comprising records of the proceedings of the Court of High Commision (Ecclesiactical Division) 1632, gives an interesting account of the prosecution of Rev. John Lothrop/Lathrop and his flock of dissenters who met at a conventicler [a private meeting to hear illegal preaching]
in the Black Friars, London. Among those arrested were Samuel Howes and his sister Penninah Howes who was a sister-in-law of Mr. Lathrop and their examination by the different members of the court is recorded as follows;

Register: "Samuel Howes," saith the King's advocate, "you are required by your oath to answer to the articles."

Howes: "I have served the King both by sea and by land, and I had been at sea if this restraint had not been made upon me. My conversacon, I thank God, none can tax."

Register: "Will you take your oath?"

Howes: "I am a young man and doe not know what the oath is."

King's Advocate: "The King desires your service in obeying his laws."

Then Penninah Howes was called and required to take her oath but she refused.

London: "Will you trust Mr. Lathrop and believe him rather than the Church of England ?"

Penninah: "I referre myself to the word of God whether I maie take this oath or noe."

Rev. Lothrop served two years in a London prison where many prisoners died because of the deplorable conditions.

The first church services in Barnstable were held at a large boulder known as Sacrament Rock.

Rev. Lothrop’s Bible is on display at Sturgis Library in Barnstable.

Samuel died in Scituate on 12 September 1667 (date of death given in his probate records). Ann survived him but I do not know her date of death.  Samuel had a large estate in Barnstable and Scituate.

Ann was the niece of William Paine of Boston, a man of great wealth, who left 10 pounds to his "kinswoman Elizabeth, daughter of Samuel House.”

The inventory of the Estate of Samuel House Sr. who deceased the 12th day of Sept 1661: appraised at the request of Samuel House Jr. and Elizabeth House, children of the deceased by Timothy Hatherly, Nicholas Baker, Joseph Tilden and Isaac Chittenden. Among the items are the boat as she with the new sayle at Boston, and all belonging to it: 80 lbs. The house and land at Scituate, 60 lbs. His share of a parcel of land granted by the court, to the ancient freemen of Duxburrow, Scituate and Marshfield, 251 lbs. These goods heer underwritten, not being here at Scituate, were appraised by Tristem Hull and John Chipman of Barnstable, because the goods were there.

The property at Barnstable was all personal, including his wife's gown at 1 lb 17s; his sonnes suite at 1 lbs.  Samuel House Jr. was deposed to the truth of the above written inventory. (Mayflower Descendant Vol. 15, p. 59)

Sources Not Listed Above:
Amos Otis, Genealogical Notes of Barnstable Families, being a reprint of the Amos Otis Papers, 1888