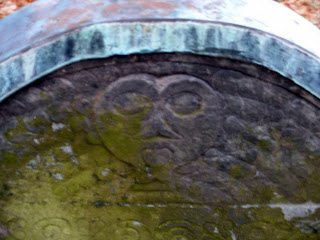 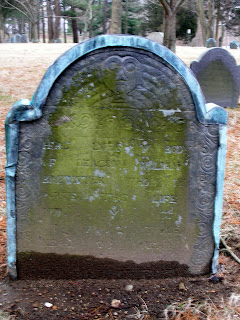 Robert Long was born about 1590, probably in Herefordshire, England. I have not found his birth/baptism record, but birth is based on age at time he emigrated. Robert is my 11th great-grandfather on my grandfather Arthur Washburn Ellis Davis’ side of the family. Robert had 14 children by two wives; 9 of them daughters.

Robert and Sarah had 10 children:

Robert married 2nd, by 1634, Elizabeth, whose maiden name has not been found. She died at Charlestown, Massachusetts on 29 May 1687, at about 84 years of age.

Robert and Elizabeth had four children:

I descend from Hannah and her second husband Luke Perkins, whom I wrote about here.

Robert was from Dunstable, Bedfordshire and migrated in 1635 on the Defence out of London.  He was age 45, an innholder, with wife Eliza(beth)  and children Michell (Michael) 20, Sarra (Sarah) 18, Robert 16, Elizabeth 12, Anne 10, Mary 9, Rebecca 8, Jon 6, Zachery 4, Joshua aged ¾, and Luce Mercer, 18, a servant. They were all enrolled at London as passengers and their first residence in the new world was Charlestown, Massachusetts, a Boston neighborhood.

On 3 Sept 1635, Robert was licensed to keep a house of entertainment at Charlestown for horse and man. (I love how this is worded!)  In 1638 he was allowed to draw wine at Charlestown on condition that he take what wines or waters are in the hands of Thomas Lynde, who formerly sold the wines, so that he be not “damnified.”

On 17 April 1636 Robert and Elizabeth Long were admitted members of the Charlestown Church. He was made a freeman at Charlestown (as Robrt Longe) on 25 May 1636. He was on a grand jury in 1638, admitted to the Ancient and Honorable Artillery Company in 1639, served as a Selectman and on the Mass Bay committee on valuing livestock in 1640. The Honorable Artillery Company is the oldest chartered military organization in North America and began as a volunteer militia company that trained officers from local militia companies across Massachusetts. Traditionally upper middle and upper class men have been members and include President John F. Kennedy.

In 1636 Robert started the Three Cranes Tavern at Charlestown; he had purchased the land and building for 30 pounds. It was at the foot of town hill and was previously used as the First Church of Charlestown and home to Governor Winthrop and called The Great house. It was the first structure built in the Massachusetts Bay Colony (1630) and has been the site of archaeological digs. It was in the Long family for more than 140 years. It burned down in 1775 when Charlestown was set afire by British troops evacuating the city. A cannon ball that had hit the building during the Battle of Bunker Hill was found during the excavation. It became a site for an open market, called Market Square, and when Charlestown became a city in 1848 it was renamed City Square. Visitors can see the original foundation stones of the tavern and the Long family house.

Mr. Robert Long died 9 Jan 1663/4 at Charlestown, Massachusetts. It is not known where he is buried, but the Phipps Street Cemetery in Charlestown is the older cemetery in Boston with earliest internments dating to 1630.

Inventory was taken 19 Jan 1663/4, totaled over 647 pounds, of which 360 was real estate. The originals of the will and inventory are difficult to read. If anyone has come across a transcription they could share, I’d appreciate hearing from you!

On 9 May 1673 his heirs, including “Luke Perkins and Hannah my wife” sold to “our beloved brother John Long of Charlstown…all our right, title and interest in and to the estate of our honored father Mr. Robt Long former of the same town of Charlstown deceased.” John Long expanded the family business, adding a brewery and a wine cellar.

Hallock Porter Long, A Long genealogy: a partial genealogy of the Longs of Charlestown and Nantucket, Massachusetts, 1891. Got to love a long genealogy!