My Ancestors from the Town of Plymouth, Massachusetts Part 2 (non-Mayflower passengers)

This post is part of an ongoing project of organizing my direct ancestors by the towns in New England where they lived. I love learning about the towns in which they lived. Please add a comment about your family from these towns or your favorite resources for this area. Much of the genealogical information is a work in progress! I have blogged about many of the ancestors listed, but some I don't know enough about yet to write a sketch of their lives.

My ancestors from Plymouth who did not arrive on the Mayflower. My list of Mayflower ancestors can be seen here.
Henry Atkins, b about 1617 in England, first at Plymouth, m. Elizabeth Wells 1647 at Barnstable and Bethia Linnell 1664 at Eastham, died Eastham bef Aug 1700. I descend through Henry and Bethiah’s Joseph born Eastham 1669 who married Martha Pease about 1709 at Edgartown, died Eastham 1726. Then through his daughter Anna Atkins b. 1713 at Eastham, m. Paul Sears about 1730 prob at Eastham and died 1783 at Chatham.

Isaac Benson born 1805 in Woodstock, VT, as was his son Josiah (1826) but they moved to Plymouth after living for a bit in Middleborough. Isaac married Amelia Benson and Josiah married Aurella Wes Nye. Isaac’s granddaughter Hattie Maria m. Charles Francis Washburn and the family stayed in Plymouth through to my grandfather.

Juliana Carpenter, born Wrington, Somerset, England, daughter of Andrew Carpenter. She married George Morton at Leiden Holland and they emigrated to Plymouth where she died 19 Feb 1665. I descend through their dau Patience Morton who married John Faunce and died 1691 at Plymouth.

Josias Cooke, born about 1610 in England, migrated 1633, lived first Plymouth where he m. Elizabeth Ring in 1635 (she was dau of Widow Mary Ring), died Eastham 17 Oct 1673. He was one of the first seven settlers in an area of Harwich that became Eastham. Sometimes called Josiah in records. No known relationship to Francis Cooke of the Mayflower. I descend through his on Josiah who was born Eastham 1645, m. Deborah Hopkins, died Plymouth 1732.

Robert Cushman, born 1578 Rolvenden, Kent, married Sara Reader and Mary ___was with the Pilgrims at Leiden and integral in arranging the move to Plymouth; he came to Plymouth but returned to England where he died 1625. I descend through his son Thomas who was born 1608 Canterbury, who came to Plymouth with his father, m. Mary Allerton daughter of Isaac Allerton of the Mayflower, died Plymouth 1691. I then descend through Thomas 3 Cushman who was born about Sept 1637 at Plymouth, m. Ruth Howland, moved to Plympton where he died 1726.

John Dunham, born Herfordshire, England, 1589, married Abigail Balliou (also seen as Barlow) at Leiden, Holland, migrated to Plymouth in 1632 where he died in 1669. I descend through their daughter Persis born about 1635, m. Benajah Pratt of Plymouth.

Samuel Eddy, baptized 15 May 1608, Cranbrook, Kent, England, son of Rev. William Eddy and Mary Fosten. Migrated 1630, first at Plymouth, then Swansea by 1651. Married Elizabeth ___ by 1637. He died Swansea 1689. Then descend through their son Obadiah b. about 1645, married Bennet Ellis (it is believed she is dau of John Ellis and Elizabeth Freeman, b. 1649). Obadiah lived Swansea, Plymouth and Middleborough. I then descend through their daughter Hazadiah born Plymouth 1672, m. Samuel Sampson 1695 in Duxbury, died before Dec 1726.

Widow Martha Ford, maiden name unknown, born England about 1592, immigrated to Plymouth in 1621 on the Fortune. Martha married second Mayflower passenger Peter Browne. I descend through her daughter Martha Ford born about 1620 who married William Nelson and lived in Plymouth.

James Glass b about 1620 at Taunton, Somerset, England, died at sea 3 Sept 1652, married Mary Pontus at Plymouth Oct 1645. Did he also live at Duxbury? Descend through his daughter Hannah Glass born Plymouth 1651 who married Isaac Billington and died between 1704-1709.

Thomas Lettice, who died at Plymouth in 1681. He married Anne ____. I descend through their daughter Dorothy who married Edward Gray in 1665 at Plymouth; she died 1728.

Samuel Nash, b. about 1602, migrated to Plymouth 1632, moved to Duxbury by 1639 where he died between 1682 (deposition) and 1683/4 (inventory). His wife’s name is not known. I descend through his daughter, whose first name is unknown, who married Abraham Sampson of Duxbury.

William Pontus b. about 1583 England, married Wybra Hanson 1610 at Leiden, Holland, died 1652 at Plymouth. I descend through their daughter Mary who was born Leiden about 1622, m. James Glass at Plymouth in 1645.

Thomas Pope, b. ca 1612 in England, m. 1st Anne Fallowell, 2nd Sarah Jenny (daughter of John 1 Jenny of Plymouth), of Plymouth and then Dartmouth, d. Dartmouth in 1683. Descend through Thomas and Sarah’s son Seth Pope b. Plymouth 1649, m. Deborah Perry about 1675 (Deborah  was born 1654 at Sandwich, the dau of Ezra Perry and Elizabeth Burgess), d. Dartmouth 1727 and buried in Acushnet. He was a large landholder in Sandwich where he purchased property for his sons, owned a wharf and warehouse in New Bedford. I then descend through their son Seth Pope born 1689 in Dartmouth, lived at Sandwich, died there 1744, m. Hannah Bourne 1710 at Sandwich (she was born 1689 at Sandwich the daughter of Elizabeth Bourne and Patience Skiffe. I then descend through son John Pope who was born Sandwich 1716, m Mercy Swift (dau of Josiah Swift and Experience Nye) died Sandwich 1762. Then through their daughter Abigail Pope who was born 1747 at Sandwich, married William Nye in Sandwich 1766.

Thomas Prence, b. about 1600 at Gloucestershire England, came to Plymouth on the Fortune in 1621, m. 1st Patience Brewster in 1624 at Plymouth (dau of William and Mary Brewster), 2nd Mary Collier dau of William Collier, 3rd Apphia Feeman, 4th Mary __ Howes widow of Thomas Howes (also my direct descendant).  He also lived at Duxbury and Eastham (in an area that became Orleans) and became Governor of the Colony. I descend through Thomas and Patience’s daughter Mercy b. 1631 prob Plymouth and married Major John Freeman in 1650 at Eastham.
Robert Ransome, died Plymouth 1697, father of Mercy Ransome who married Samuel Waterman 1692 at Taunton and died at Plymouth in 1697.

Moses Simmons born about 1605 possibly Leiden, Holland, m. Sarah ____, was with the Pilgrims at Leiden, came to Plymouth in 1621 on the Fortune, moved to Duxbury where he died 1689-91. I descend through his daughter Rebecca who married John Soule about 1655 probably at Duxbury. 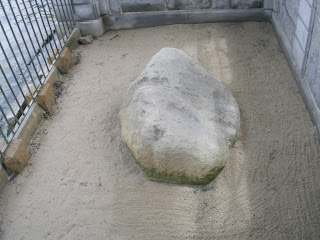 William Twining, birth unknown, married to Anne ___ and Anna Doane. He first appears in records in 1641. Moved to Yarmouth and then Eastham where he died in     I descend through the daughter of William and Anne, Isabel, who m. Francis Baker at Plymouth and moved to Yarmouth/Dennis where she raised her family, dying there in 1706.

Richard Wright, born 1608 prob. England, m. Hester Cooke about 1644 at Plymouth (Hester was born 1621-25 Plymouth daughter of Mayflower passenger Francis Cooke and Hester Mahieu), died 1691 at Plymouth.  I descend through their son Adam Wright b. 1644-46, prob. Plymouth, m. 1st Sarah Soule about 1678 at Plymouth or Duxbury (Sarah was born about 1660 at Duxbury the daughter of John Soule and Rebecca Simmons). He married second Mehitable Barrow. He died 1724 at Plympton. I descend through Adam and Sarah’s son Isaac Wright, b. 1686 Plymouth, m. Mary Cole 1717 at Plympton (Mary was born about June 1697, daughter of John Cole and Susanna Gray), died 1766 at Plympton. Then descend through their son Joseph Wright b. 1721 at Plympton, m. Sarah Brewster at Duxbury in 1748 (Sarah was b. 1727 at Duxbury, dau of Joshua Brewster and Deborah Jackson), died Plymouth 1804. Then through Deborah Wright born 1749 at Plympton, m. Seth Washburn in 1792 at Kingston, died after 23 June 1712.

Some of my favorite Plymouth resources:


James Deetz and Patricia Scott Deetz, The Times of Their Lives: Life, Love and Death in Plymouth Colony, 2000